The Life of Saint Philip Neri 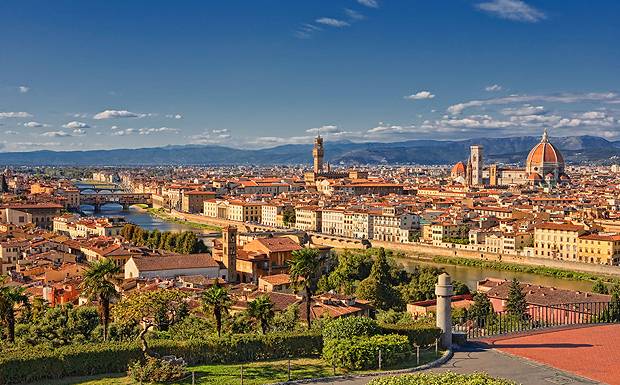 Born in 1515 in Florence, he showed the impulsiveness and spontaneity of his character from the time he was a boy. In fact one incident almost cost him his life. Seeing a donkey loaded with fruit for market, the little boy had barely formed the thought of jumping on the donkey's back before he had done it. The donkey, surprised, lost his footing, and donkey, fruit, and boy tumbled into the cellar with the boy winding up on the bottom! Miraculously he was unhurt.

His father was not successful financially and at eighteen Philip was sent to work with an older cousin who was a successful businessman. During this time, Philip found a favorite place to pray up in the fissure of a mountain that had been turned into a chapel. We don't know anything specific about his conversion but during these hours of prayer he decided to leave worldly success behind and dedicate his life to God. 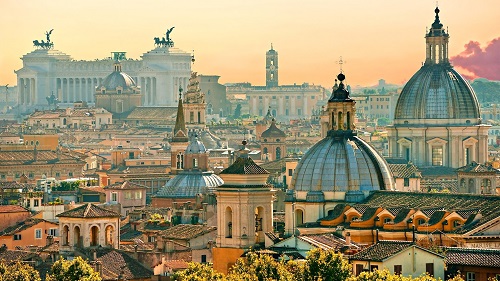 After thanking his cousin, he went to Rome in 1533 where he was the live-in tutor of the sons of a fellow Florentine. He studied philosophy and theology until he thought his studies were interfering with his prayer life. He then stopped his studies, threw away his books, and lived as a kind of hermit.

Night was his special time of prayer. After dark he would go out in the streets, sometimes to churches, but most often into the catacombs of St. Sebastiano to pray. During one of these times of prayer he felt a globe of light enter his mouth and sink into his heart. This experience gave him so much energy to serve God that he went out to work at the hospital of the incurables and starting speaking to others about God, everyone from beggars to bankers.

In 1548 Philip formed a confraternity with other laymen to minister to pilgrims who came to Rome without food or shelter. The spiritual director of the confraternity convinced Philip that he could do even more work as a priest. After receiving instruction from this priest, Philip was ordained in 1551.

At his new home, the church of San Girolamo, he learned to love to hear confessions. Young men especially found in him the wisdom and direction they needed to grow spiritually. But Philip began to realize that these young men needed something more than absolution; they needed guidance during their daily lives. So Philip began to ask the young men to come by in the early afternoon when they would discuss spiritual readings and then stay for prayer in the evening. The numbers of the men who attended these meetings grew rapidly. In order to handle the growth, Philip and a fellow priest Buonsignore Cacciaguerra gave a more formal structure to the meetings and built a room called the Oratory to hold them in.

Philip understood that it wasn't enough to tell young people not to do something -- you had to give them something to do in its place. So at Carnival time, when the worst excesses were encouraged, Philip organized a pilgrimage to the Seven Churches with a picnic accompanied by instrumental music for the mid-day break. After walking twelve miles in one day everyone was too tired to be tempted!

In order to guide his followers, Philip made himself available to everyone at any hour -- even at night. He said some of the most devout people were those who had come to him at night. When others complained, Philip answered, "They can chop wood on my back so long as they do not sin."

Not everyone was happy about this growing group and Philip and Buonsignore were attacked by the priests they lived with. But eventually Philip and his companions were vindicated and went on with their work.

In 1555, the Pope's Vicar accused Philip of "introducing novelties" and ordered him to stop the meetings of the Oratory. Philip was brokenhearted but obeyed immediately. The Pope only let him start up the Oratory again after the sudden death of his accuser. Despite all the trouble this man had caused, Philip would not let anyone say anything against the man or even imply that his sudden death was a judgment from God.

One church, for Florentines in Rome, had practically forced him to bring the Oratory to their church. But when gossip and accusations started, they began to harass the very people they had begged to have nearby! At that point, Philip decided it would be best for the group to have their own church. They became officially known as the Congregation of the Oratory, made up of secular priests and clerics.

Philip was known to be spontaneous and unpredictable, charming and humorous.

He seemed to sense the different ways to bring people to God. One man came to the Oratory just to make fun of it. Philip wouldn't let the others throw him out or speak against him. He told them to be patient and eventually the man became a Dominican. On the other hand, when he met a condemned man who refused to listen to any pleas for repentance, Philip didn't try gentle words, but grabbed the man by the collar and threw him to the ground. The move shocked the criminal into repentance and he made a full confession.

Humility was the most important virtue he tried to teach others and to learn himself. Some of his lessons in humility seem cruel, but they were tinged with humor like practical jokes and were related with gratitude by the people they helped. His lessons always seem to be tailored directly to what the person needed. One member who was later to become a cardinal was too serious and so Philip had him sing the Misere at a wedding breakfast. When one priest gave a beautiful sermon, Philip ordered him to give the same sermon six times in a row so people would think he only had one sermon.

Philip preferred spiritual mortification to physical mortification. When one man asked Philip if he could wear a hair shirt, Philip gave him permission -- if he wore the hair shirt outside his clothes! The man obeyed and found humility in the jokes and name-calling he received.

There were unexpected benefits to his lessons in humility. Another member, Baronius, wanted to speak at the meetings about hellfire and eternal punishment. Philip commanded him instead to speak of church history. For 27 years Baronius spoke to the Oratory about church history. At the end of that time he published his talks as a widely respected and universally praised books on ecclesiastical history!

Philip did not escape this spiritual mortification himself. As with others, his own humbling held humor. There are stories of him wearing ridiculous clothes or walking around with half his beard shaved off. The greater his reputation for holiness the sillier he wanted to seem. When some people came from Poland to see the great saint, they found him listening to another priest read to him from joke books.

Philip was very serious about prayer, spending hours in prayer. He was so easily carried away that he refused to preach in public and could not celebrate Mass with others around. But he when asked how to pray his answer was, "Be humble and obedient and the Holy Spirit will teach you."

Philip died in 1595 after a long illness at the age of eighty years.